This Holiday Season, boost your Monetization with our latest report!

A convenient analysis of the eCPMs, ARPU & Fill-Rate monthly evolution during the Holiday Season, and we’re comparing it with previous years to guide you on what to expect for 2023.

As the Holiday Season begins, mobile app marketers must be at the top of their game to make smarter & data-driven decisions, and keep steady growth for all their mobile apps & games.

To help you boost your monetization strategy during this Holiday Season, we have released our Appodeal Mobile In-app Ad Report, exclusively focused on these critical months of the year.

Use it wisely to spot trends that can serve as a starting point when preparing and segmenting your ads.

This year, Holiday purchase behavior is expected to change drastically.

In past years, the global pandemic resulted in more people using mobile devices than ever before. App installs and engagement were usually higher as people would receive mobile devices as gifts downloading apps in tandem.

Additionally, we were more likely to see plenty of activity among loyal mobile game users who would make more in-app purchases (in-game currency, extra lives, weapons & unlocking levels) as a result of spending some extra spare time inside their houses.

While the Holiday Season traditionally brings huge eCPMS & revenue for advertisers, the forecast is entirely different this year. As the world returns to a new normality, some industry analysts are already saying it will be a cold chapter for mobile devs & studios.

Last-minute Christmas shopping, Global Inflation, and even Elon Musk tweets 😅 can result in a change in your audience's behavior, making app users worldwide feel significantly more apprehensive and overwhelmed than years before.

What will you find in this Holiday Season Report?

In previous reports, we’ve analyzed markets like Asia, West & East Europe. However, this time we chose to analyze 18 different countries to give you more accurate data that will allow you to identify in which countries users have similar behaviors. Once you have detected those variations, it will be easier for you to create your markets and apply similar strategies.

A breakdown report to learn how the eCPM Trends perform throughout the Holiday Season, including:

According to internal Appodeal data from previous analysis, Banner ads were the favorite among brand advertisers during the Holidays.

Now that inflation has risen across all global markets, users with less purchasing power may interact more with rewarded ads. Discover which ad types are bringing the highest eCPMs per country. Then, narrow down your analysis to the platform of choice within your target audience.

Understand eCPMs, ARPU & Fill-Rate monthly trends in each country & ad format during the Holiday Season (November, December & January). Compare the quarterly evolution for these metrics’ performance to spot trends replicating over the years.

In past years, the eCPMs would be at their highest during November and December. Advertisers would compete aggressively with each other for limited ad inventory by increasing their ad bids, resulting in higher eCPMs for mobile app publishers monetizing with ads.

For 2023, eCPMs predictions for some markets seem to be positive. However, privacy changes and restrictions to data have drastically impacted the ARPU compared to previous years, making it more difficult to track the effectiveness of the install ads through which many mobile studios & developers both acquire new users and earn money from other app makers.

Times are changing! And you need to tweak your monetization strategy just in time to ensure you boost your eCPMs & overall ad revenue despite the factors running our actual economy and shaping a new world.

Explore how the eCPM differs in each country based on the Ad Type to identify in which countries users have similar behaviors.

The economic conjuncture may cause that your users’ living needs overpass consumer wants. This could result in more users preferring and interacting with rewarded video ads during gameplay instead of investing their money in in-app purchases.

Markets such as South Korea, the Philippines, and other emerging countries have increased their revenue metrics on Rewarded Ads & Interstitials. However, other Eastern-European countries have been less affected by this economic landscape, which becomes an excellent opportunity for advertisers planning to launch seasonal in-app offerings to level up their games & apps.

What can we expect from this Holiday Season 2023?

While this season may seem like a setback for the mobile app industry - which in 2020 and 2021 grew at staggering rates due to the pandemic lockdown and the excess spending - there’s still room for advertisers to increase revenue through properly segmented holiday marketing campaigns that drive more engagement, downloads, and installs.

Despite the tough times, people worldwide look forward to these months as an escape from daily duties and demanding routines, especially during the Christmas break.

The extra free time and every single penny saved throughout the year still represent an opportunity for advertisers to get high earnings from mobile users as the excuse to spend money on seasonal promos and discounts makes more sense during an economic downturn.

The challenge is real!

But still, people spending their free time on their devices means more and more eyeballs glued to your app, increasing chances to get more ad impressions and boosting your eCPMs.

This report dives deep into data from Q4 2018 onwards during the Holiday Season to analyze how Top Revenue Metrics such as eCPM, ARPU & Fill-Rates have been affected over time as a consequence of seasonal app behavior so you know where to start when preparing your ads strategy, campaign setup and spending distribution.

The recent advertising ecosystem changes have impacted brands' ability to reach audiences with relevant, timely ads. This report is the most accurate and current indication you can take into consideration when tuning your apps' monetization strategies for the next upcoming months.

Navigate through all the charts & insights, and adapt your monetization strategies to get the most out of this unusual Holiday Season. 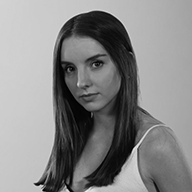 This quarter we’re releasing our new payout system — it’s even more transparent and easy-to-understand than before.

We’re excited to introduce Stack, a new end-to-end solution by Appodeal aimed at scaling winning apps. With Stack, we put publishers first by clearing the way for direct collaboration with advertisers.

When you see the “CHILDREN” sign: How to deal with COPPA

If you’re a developer of kids apps, there are certain rules and regulations you must adhere to in order to operate your business and be listed in various app stores.