Different categories of apps call for different ad formats and placements to best suit the UI/UX and audience expectations.

Different categories of apps call for different ad formats and placements to best suit the UI/UX and audience expectations. While mobile games seem as though they’re built for integrating a variety of ad formats, it can be more difficult to figure out the best ad formats and prime placements in a utility app.

We spoke with Kamil Janiszewski, the co-founder and head of sales at Listonic, a smart shopping list for mobile and web. Listonic combined multiple monetization methods to optimize their inventory. In the beginning though, they struggled with unsold ad space — we talked to Kamil about what they did to solve this issue and boost revenue.

Listonic is a shopping list app that improves the quality of grocery shopping by making it easier, faster, and smarter.

With about 2 million downloads and 50,000 daily active users, Listonic provides a wide range of savvy food hacks and thought-out shopping tips to help people become more conscious with their consumptions.

Originally conceived as an university class project, Listonic was created in 2009 by co-founders and developers Filim Miłoszewski, Piotr Wójcicki, and Kamil Janiszewski.

1. Listonic started in one market and initially monetized only through direct ad sales. While the CPMs and fill-rate from their selected direct advertisers were decent for that one market, considerable ad revenue was left on the table when Listonic successfully expanded into other markets.

2. While exploring avenues for making use of their unsold ad inventory, keeping user satisfaction level high is of utmost importance in the development of their new monetization strategy.

As significant amounts of ad spaces remained unsold in the new markets, the developers of Listonic decided to give ad mediation a try. 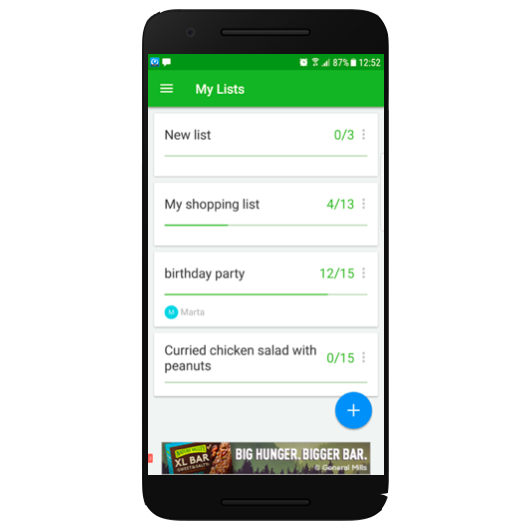 Both banner and native ads were smartly placed into the app’s list contents, providing a seamless user experience.

As a result, Listonic’s ARPDAU and revenue compared to the former ad mediation platform has doubled.

❓ Got more questions? Explore our Resources section to learn more about different techniques our publishers use to increase their app perfomance and revenue.

You have successfully subscribed

You have successfully subscribed

The Future of Programmatic: Why switch to first-price auction?

Turning to a first-price auction is perhaps one of the most important steps towards making programmatic auctions transparent for buying and selling.

Fernando Granata, Head of Programmatic, participated in a webinar “In-App Advertising During the Crisis: Key Changes, Trends, and New Ways to Succeed” hosted by Admixer Academy. Together with Yaroslav Kholod, Director of Programmatic at Admixer, they discussed the new industry developments in the Covid-19 climate.