The Key to Earning 81% Higher Ad Revenue This Holiday Season

If you're planning to monetize your app with ads, you might want to speed things up and make sure your monetization system is up and running by October.

If you're planning to monetize your app with ads, you might want to speed things up and make sure your monetization system is up and running by October.

Why? Historically, the months leading up to Christmas time are when publishers can earn the most ad revenue. That’s the time when brands invest heavily in ads to get in front of consumers in time for the holiday shopping season.

The US is the most competitive advertising market with the highest eCPMs to be earned. If your app targets the US market, leading up to some of the key dates below is when brands will compete against each other to buy mobile ad spaces.

As a publisher, it is important to make sure that your ad demand sources up and running leading up to those key dates.

After the Christmas peak, eCPMs tend to drop significantly in Q1 across all ad formats. 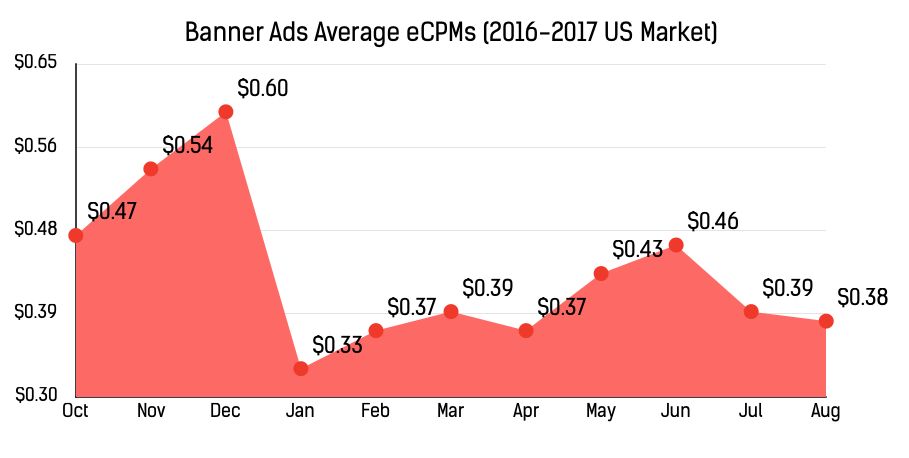 For example, banner ads’ eCPMs dropped 45% from December 2016 to January 2017. In other words, if you begin monetizing with ads in January, your app risks losing 81% in higher ad revenue simply due to that one month delay. Timing is everything.

Rewarded video ad is the fastest growing ad format. Its eCPM for this year’s holiday season is forecasted to surpass 2016’s by a high margin. (Internal Appodeal data)

Rewarded video ads’ eCPMs dropped a modest 9% from December 2016 to January 2017. That’s a potential loss of 10% in higher ad revenue due to a month delay.

Static interstitial ad remains popular with brand advertisers during holidays but its eCPM increase is forecasted to be modest this holiday season.(Internal Appodeal data)

Static interstitial ads’ eCPMs dropped 20% from December 2016 to January 2017. That’s a potential loss of 25% in higher ad revenue due to a month delay.

Video interstitial ad tends to peak significantly in December as brands compete to get their message out in a captivating format.(Internal Appodeal data)

Video interstitial ads’ eCPMs dropped 18% from December 2016 to January 2017.That’s a potential loss of 21% in higher ad revenue due to a month delay.

As you can see above, some ad formats like rewarded videos and static intersitials recovered to their high eCPM levels by March. Formats like banners and video interstitials, however, only see their eCPMs peaked during the holiday period.

Our Recommendation: Don’t miss out on your app’s peak earning period by delaying monetizing with ads till January. It’s best to begin monetizing in October so your app gains from the eCPM increase leading up to Christmas time. 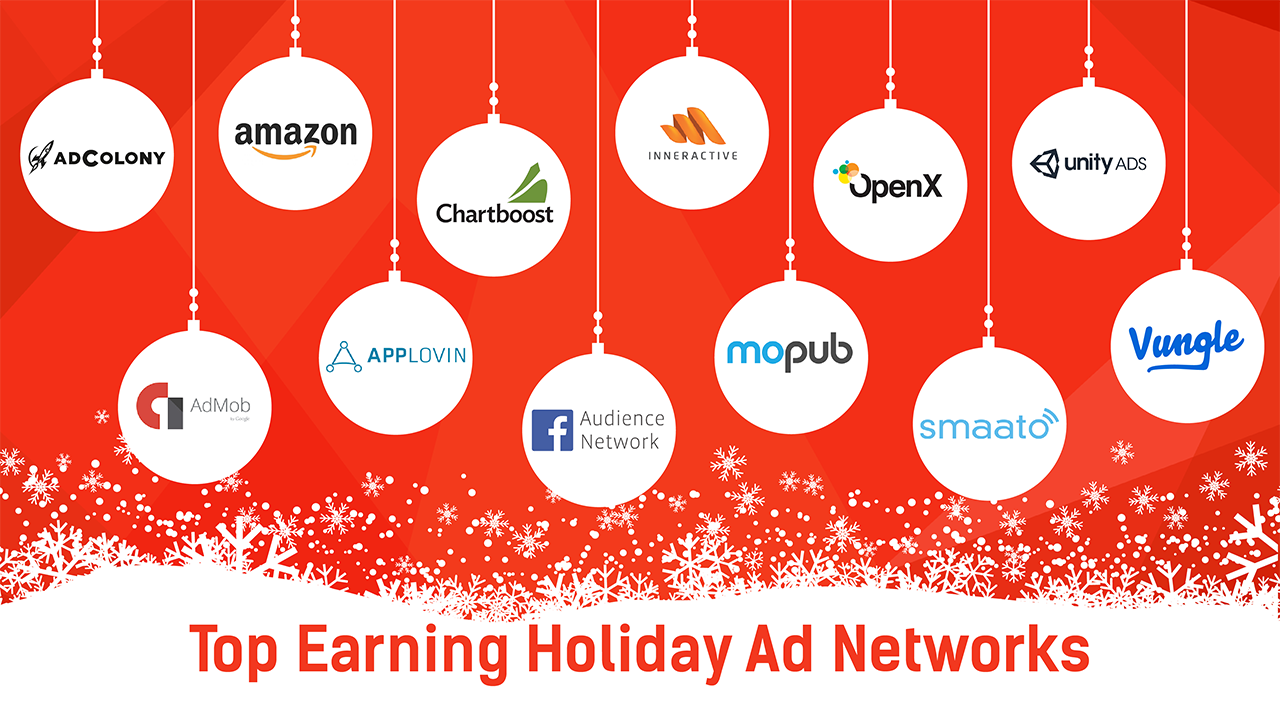 Using the right ad networks is the other major factor in earning higher ad revenue during the holiday period. Some are simply more popular with holiday brand advertisers.

Here are the ones that have performed the best in December 2016 compared to their annual average eCPMs in the US:

Our Recommendation: If you are monetizing with Appodeal's Intelligent Ad Mediation, we strongly recommend you enable the ad networks above to reap the eCPM increase leading up to the holiday season.

On behalf of the Appodeal team, we wish you a merry monetization season!

Not monetizing with Appodeal yet? Visit our main page to learn more and sign up for free.

How to Test Appodeal

Guide: How to Run a Game Concept Test

Conducting Game Concept Tests before you start building your game drastically increases your likelihood of building and launching a successful game. Check out our 45-page guide for the detailed step-by-step instructions on how you can start running your own game concept test!

How to Generate Positive App Reviews and Ad Revenue: Part I

There are over 4.2M apps available in the App Store and Google Play combined with hundreds of thousands more ready for download on other platforms. Making your app known and securing a loyal audience base with solid revenue coming in can feel like insurmountable tasks.