Indie developers fight an uphill battle, often devoting spare hours to development after full-time day jobs, or quitting a steady income to stake it all on a dream. When you add issues like trademark infringement, confusing contracts, and the big players bearing down on the little guys

Indie developers fight an uphill battle, often devoting spare hours to development after full-time day jobs, or quitting a steady income to stake it all on a dream. When you add issues like trademark infringement, confusing contracts, and the big players bearing down on the little guys with cease and desist orders left and right, it's downright bloody. Does it sound terrifying yet? Well, fear not - we have one brave hero fighting for indie rights.

If you’re not familiar with the “Video Game Attorney”, you’re probably missing out on a lot of great, useful, and free legal game dev advice. Ryan Morrison is a legal superhero. Partner in the law firm Morrison Lee, he hangs out on Twitter and Reddit, where he also holds weekly AMAs on /r/gamedev. Here is a particularly good AMA that we thoroughly enjoyed.

Though Ryan is a real lawyer with a real law firm and very real billing, he shares an incredible amount of knowledge with the community free of charge. He’s truly passionate about games, and it shows. In addition to his impressive profile on Reddit, he writes a blog on his firm’s website that covers a lot of the hottest issues in the game dev industry.

When King notoriously trademarked "Candy" and "Saga" and started chasing down any developer using those terms, Ryan advised multiple devs who had received notices from King's legal team. He was also one of the contributors to this white paper created by the International Game Developers Association (IGDA), which contributed to King losing the "Candy" trademark.

It's with good reason that there are multiple illustrations floating around the interwebs of Ryan Morrison as a superhero. He looks like something straight outta the comic books - and we would have thought it was too good to be true if we didn't see it with our own eyes.

We wanted to get to know Ryan better, and we thought you might too, so we asked him some questions about his work in the industry. 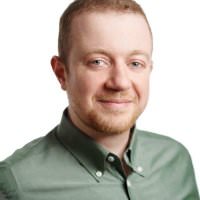 You’re pretty well known among the developer community as the “Video Game Attorney”. It’s pretty awesome to have someone in the devs’ corner, but we’ve got to know - why Video Games?

This industry is the best in the world. The people, the places, and the constant evolution of how we interact with what's on screen are just a few of the amazing qualities video gaming has to offer. I also love to play video games as much as I love to advocate for them.

How is practicing law in the video game industry different from other entertainment industries, such as movies, music, or even YouTube creatives?

While there are some audio-visual aspects of copyright that are the same, it's actually the experience of the consumer and developers in the video game industry that are different.

In all of those other types of entertainment you've listed, the consumer isn't directly and physically interacting with what they are watching or listening to. Hence why video games are known as "interactive entertainment." The process begins with an idea, to the first line of code, to a product, to the experience of a gamer who can control the story and gameplay on screen. Practicing law in an industry like this is very unique. While copyright, trademark, and corporate law are all still relevant, it's their application that's different.

Are there any potential issues unique to mobile games that mobile developers should be aware of? Are there any niches in the law which could relate to different aspects of video games, such as platforms, distribution models, payment models, and so on? What are some common legal issues most developers seem to be unaware of?

There are numerous legal issues developers should be aware of when making a game. But there are common issues like failing to properly contract the rights to their work when hiring others, not forming a corporate entity to reduce liability, and a whole slew of copyright issues for game developers that I see all too often. The most common legal issue? Not talking to the right attorney before you start development, or not talking to one at all.

We’ve seen you rage against “fan games”, to put it nicely (copycats, to put it not so nicely). Ideally, devs would take your advice, stop making those games, and avoid the risk of legal retribution. We know people are going to keep making them, though. What can happen to a dev if the original gamemaker decides to take action, and - at the risk of provoking your rage - is there something creators of copycat games can do to protect themselves (short of not making the game at all)?

I get that you want to learn how to code or do art or whatever, so you use your favorite intellectual property as something to learn on. Years in, you now know how to code and have a pretty cool Star Wars game. But guess what? You can't release that. It doesn't matter if it's free. You release that game and you have a very high chance of ruining your life. Seek permission from the original creator of the content before starting your project. They may offer you a license to go ahead and make the game with their blessing, or they may not. If you want to make something similar to something you love, make sure it's different enough I can't tell your inspiration.

Speaking of rage, you’re also fairly outspoken against some of the larger game development studios. What do you foresee for the future of the games industry in regards to the big guys vs. indie developers (both mid-sized and real, real indie).

That depends on which of the bigger studios we're talking about here. Some of them are on the same track as indies and are working to create fresh new content to reflect what the purchasing public really wants from video games. Others just churn something out every year to make a profit. The former are working to improve the industry, the latter are bringing it down. I foresee the biggest change will be a continued explosion of indie developers onto the scene. Their ideas are new, and video game companies no longer need to be massive to produce a wonderful game for a quarter of the price. Platforms to release games digitally make it possible for even a team of one person to release a commercially successful product. It's awesome to see.

There are many indie developers who can barely afford the cost of the tools necessary to build their games. Which things can these devs do themselves, and which should they absolute rely on a lawyer for, to make sure they’re covered legally? For example, services like LegalZoom - worth the lower price or not?

If it's complicated enough for Legalzoom, it's complicated enough to get an attorney. No matter who you are, or what your budget is, there's an attorney who can work within it. And you have to understand that the law doesn't care if you make zero dollars or a million dollars. You are potentially just as liable. You are starting a business, and that business has costs. Hiring an attorney is the major part of your budget on the offset, but it makes sure you are doing things right. And please, don't use Legalzoom.

Do you have any legal horror stories you’re able to share? It’s easy to think “it won’t happen to me” until you see what kind of things you can be chased down for - and what you can lose.

I can't discuss anything in particular, but mostly the horror stories stem from the usual lack of preparation on intellectual property rights and infringement by game developers. Seeing the work you've spent a tremendous amount of time, effort and resources on cause you grief and go to waste is a terrible experience for anyone.

What are your favorite resources that you can recommend to developers for legal guidance?

Shameless plug incoming! Seriously though, check out my guide on reddit.com/r/gamedev. I've been providing general advice for game developers there for years now, and frequently do AMAs there as well. If you need specific advice, you'll need to contact an attorney.

What’s one thing you would want the indie dev community to take away from your messages and advice?

Keep your heads up, and stay awesome. Create content that is new and unique, and you'll have less headaches and more money in your pocket. Remember you are here because you're creative. So create. Don't just remake something that's already out there.

If you want to tweak and improve the Ad Creatives & Video Ads of your User Acquisition Campaigns for your mobile games, then, keep reading.

We are excited to announce that Appodeal acquires Corona Labs, the creators of the Corona SDK development platform! The Corona SDK is well known among mobile game developers

ASO Keywords: Boost the Discoverability of your Apps & Games

ASO Keywords have a strong impact on the discoverability of mobile apps and games. Here's some tips & strategies to boost your organic growth.