Game of the Week: My Diggy Dog

King Bird, a Russian studio, develops programmatic solutions for big clients — from TV channels to automobile groups — and ranks among the top 10 mobile app developers of the Russian internet.

King Bird, a Russian studio, develops programmatic solutions for big clients — from TV channels to automobile groups — and ranks among the top 10 mobile app developers of the Russian internet. However, successful business cases are just the tip of the iceberg. Mobile games development is their “guilty pleasure”, the outcomes of which are just as successful. One of their games, a spectacular and funny game called "My Diggy Dog", achieved an App Store feature and almost 1 million downloads on iOS and Android. They recently released a game update, so we’ve asked King Bird about their main game.

Tell us about your company: when and how did it all start?

King Bird Studio is the result of merging of several projects. We created a studio focused on website development and promotion. At the time, we were actively involved in the digital market and working in that direction. The mobile market was at its dawn — nobody had a clear understanding of how to work with it and how interesting it was at that moment. Then we decided to dig deeper into mobile app development. There was a lack of money, but we were really passionate about it. We created Pappico brand for client mobile app development, and we also had a web studio. Almost nobody had a solid experience in mobile app development at that time, so we showed an excellent market performance, fast. Soon enough we made the decision to merge these two directions and create the one and only studio King Bird.

How did you end up making mobile games? How does your experience with business projects assist you in developing games?

It’s noteworthy that it was games which led us to the mobile industry. Now games are not as big a part of our work, but they’re very important to us. Customer development is our priority so we put issues of our clients first, and take games as “a dessert”. During the past three years we have released five small games and currently, we’re working on the next game, which will outstrip everything we did before. 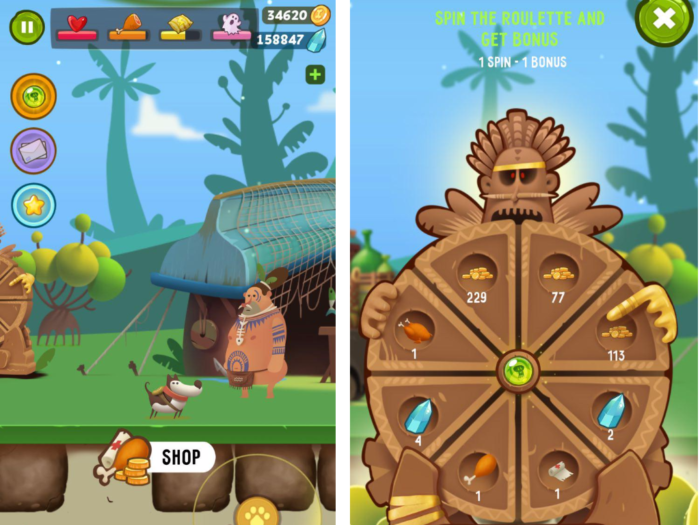 What inspired you to create My Diggy Dog?

This is an interesting story: an internet ad gave us a boost. We were exploring other developers’ creatives and encountered an ad where a cartoon dog found an oil reservoir in its owner’s backyard. We liked this image so much that we developed the whole story around it. Our illustrator has a funny pattern: characters he creates more or less similar to himself. Yes yes, Marti looks like him — the restless dog looking for adventures.

Tell us more about the plot, gameplay, graphics, and music of the game.

The plot immerses players into Marti and his owner’s world. Marti’s owner is retired, so he can’t do his thing — he can’t hunt for hidden treasure anymore. Marti succeeds his owner by traveling underground and enriching their common collection with new artifacts.

We like the game sphere a lot and we always make something new and faery. The graphics that we develop are unique and colorful. Every little thing matters in the game. For example, when something dangerous is coming, Marti demonstrates fear, and when the character is tired and has lost a lot of energy, the screen light is subdued, and Marti moves more slowly.

Moreover, we spent several months on finding the right main music theme. Our previous experience shows that nothing should distract people from interacting with Marti. However, motions, emotions, and actions of Marti and other background sounds accompany gameplay continuously.

How did you promote My Diggy Dog? Is it true that an initial user influx was organic?

The game appeared in the stores in winter this year, but it was undeveloped at the time. We hurried it a bit because we aspired to show it to the world. When we got the first reviews, we started to improve it swiftly. Two months after release we dropped a good update — Google Play users appreciated it. Nevertheless, the update turned out not to be cool enough, and we continued to run into difficulties. During the next three months, we were working on improvements — at this point we had a lot of users who liked our dog. Soon a lot of localization suggestions came up, and we translated the game into 20 languages. Meanwhile, several bloggers — more than 15! — posted reviews on Youtube, and players even created a fan group on the Russian social media network Vk.com. It all happened without our participation. Then we gained a huge audience growth — both in Russia and other countries such as India, Brazil, and Korea. We made a decision not to repeat past mistakes, and stop promoting My Diggy Dog unless we’re 100% sure of the game quality.

How did you get featured and come out on top in the Russian App Store?

Honestly, we didn’t count on featuring, we just wanted to make the game better for our players. The day we got the message from Apple regarding the promotional graphics upload, we got nervous: we were just preparing the update, and it was not really a final version of the game in the store. We didn’t think that we’d be chosen and make it to the charts. But it was great indeed — especially when we saw that people were playing our game and writing positive reviews.

The biggest part of this update is the second world, which players have been anticipating for a long time. Besides that, we added a lot of improvements. We listen to our users and go all out for them. Certainly, some of them don’t like what they think of as monetization "tricks", but we can’t afford to get rid of this. We added ads — it allows users to spend less and play more. Also, we made some changes within the tutorial, added hidden rooms, changed object locations, and many other small details. 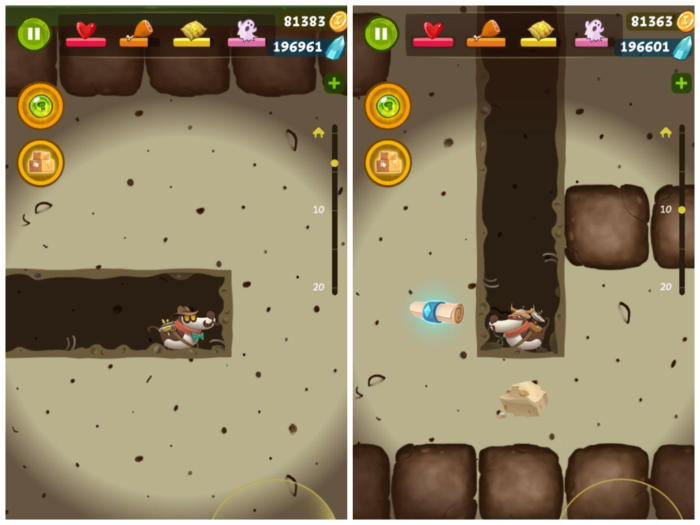 Can you share some statistics with us — how many downloads do you currently have in the App Store and Google Play? What is your target audience?

According to the stats, we have over 930,000 downloads on Google Play. Thanks to the animation style, My Diggy Dog attracts players of all ages. Despite the cute graphics, over 70% of players are male, even though we were originally expecting the audience to be mainly female.

You are actively using in-app purchases in My Diggy Dog — what results does that bring?

Our studio is kind of unique – we do not prioritize making money because our main income is from client apps. That’s why we’re not aimed at big monetization, our main goal is enjoying a game and having fun. 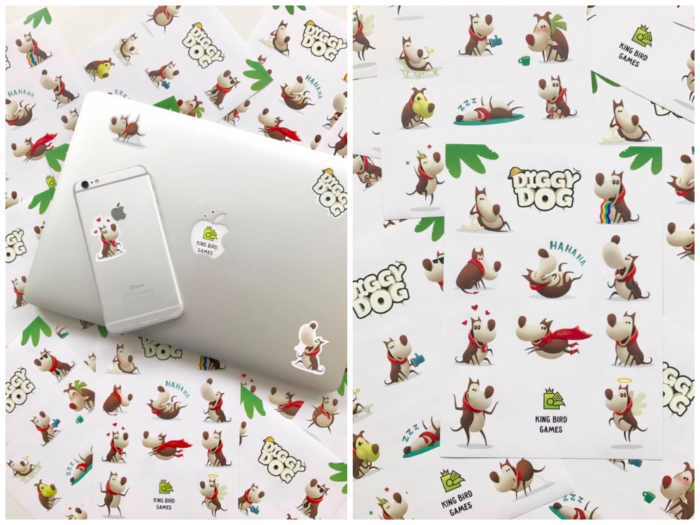 You’ve started using Rewarded Video ads after the update. Why have you taken this step? Why this format?

We found ourselves in a situation where some users are feeling lost or sad after their character dies or runs out of energy. The ads allowed them to continue playing and enjoying the adventures in Marti’s world. We chose Rewarded Video because we wanted to give them a choice – if we do show ads, that should be the players’ initiative.

Can you pinpoint the main things mobile developers should pay attention to? Be it games or commercial apps.

In our opinion, the main thing is the team you work with. It so happens that with the same input variables one team finds itself at a dead end, and another comes up with a masterpiece. It’s also important not to hurry. Before starting any project, take a pause, give yourself several weeks to study all projects made in this field, gather all your thoughts – and then start.

Apple has caused the APPocalypse, the IDFAs are dead, an $80 billion ad industry is trembling, the oceans are rising, and the sky will fall on our heads.

How to tweak your ASO Visuals to help your conversion metrics & turn more visitors to install your apps and games...

Tips, strategies, and best practices of rewarded video ads in mobile games. Find out how to integrate them and what works best.