Read about our exciting product roadmap in 2020 to become the best monetization platform for indie app developers and studios.

Wow. As I’m writing this, I still can’t believe that Appodeal has now been around for 5 years now. Now that it’s 2020, I have some exciting news to share on what will be in store for Appodeal this year.

But first, for the mobile app developers and publishers that have been with us since the beginning in 2015, I thank you from the bottom of my heart for sticking with us. We really wouldn’t be here without your support after all these years.

For those that have joined Appodeal recently – welcome! We are excited to have you onboard.

During our third company-wide global offsite in January (this time in Prague, Czech Republic), we had a lot of newer employees that have joined us over the last two years. And so I decided to share my story of how and why I started Appodeal. Let me share it briefly with you too here so our plans for 2020 will make much more sense to you.

↳ Jump to the 2020 plans for Appodeal

Why I started Appodeal

Many did not know that I started out as an indie mobile game developer myself.

At the time in 2014, I was launching my own mobile games. Like every other game developer at the time, my small team and I were making money through in-app advertising by integrating a handful of ad networks’ SDKs individually and manually prioritizing the waterfall on a regular basis. It was quite time consuming but at the same time we were fortunate that it did earn us just enough money to sustain ourselves.

Then one day we woke up and saw our ad revenue increased by 200%. What happened?

Well, we had thought there must be a better and more efficient way to monetize with in-app advertising. And so we were working on the first prototype for Appodeal's intelligent ad mediation platform for our own games.

We also figured that there must be tons of indie app developers and smaller studios around the world facing the same issues we had.

And so in 2015, we’ve officially launched Appodeal to the world. Shortly after, as more and more indie app developers and studios started signing up and integrating our SDK, we just knew we had launched something that the market was craving for.

The value Appodeal offered to indies was simple: just one SDK integration was all it took for app developers to start monetizing more from many ad networks, freeing up their time so they can focus on their apps.

Ultimately, Appodeal was a pure ad mediation platform made by indies for indies.

As Appodeal grew onward from 2015, we worked on adding more features to make it an all-in-one monetization platform:

At the same time, we’ve gotten to know more and more established mobile app publishers and learned more about what they need in Appodeal for them to thrive.

What resulted was our releases of:

Earlier in this post, I had mentioned that Appodeal was created by indies for indies. And as you’ve just read, we did dedicate some of our resources over the past years in developing solutions that were more suitable for bigger publishers.

With all the product features and updates we’ve built over the years geared more for bigger app businesses atop our ad mediation platform, we now have a powerful start-to-end product set that a two person team can use as they are just starting out with their first app releases to all the way when they have grown and scaled to become a 200+ strong mobile app businesses.

For Appodeal, it is now clearer than ever that our initial path of making a platform that empowers indie developers and smaller studios to thrive was indeed the leading path to take.

Now that we as a team have gained more market expertise over the last five years, we at Appodeal are excited to get back to our roots and give back to our earliest client base. How?

By becoming the best monetization platform for indie app developers and studios.

And now let me tell you what exciting plans we have this year to do just that.

New advanced analytics dashboard with the full power of DataCore

You might’ve seen our new website and noticed some interesting new features there. One of the top ones is our new analytics dashboard, which will be much more advanced than our existing one.

DataCore was one of the premium features that we created for some of our biggest clients. Essentially, it analyzes the ad revenue on the impression and user level to give publishers a more comprehensive understanding of their ad performances. For example, with DataCore, publishers can see the following:

These are all useful data points every app businesses need in order to grow smarter. So when it came time to update our dashboard, we as a team made the easy decision to make this feature available to all of our users. There’s no reason why smaller studios or indie developers should not have the same access to these important insights.

We can’t wait to tell you more in detail about other advanced analytics included with the new dashboard when it is closer to launch sometime in Q2 of this year.

A closed beta version of the new dashboard is live and available for selected users. Just enter your Appodeal account below to request access.

Another really cool feature we have in the works is closely connected to our new analytics dashboard. And that is the possibility to align your user acquisition efforts with Appodeal.

One issue we’ve noticed with many publishing companies is that usually monetization and user acquisition efforts are not aligned. Publishers have easy access to their own in-app purchases and subscription data; however, the ad LTV newly acquired users might earn remained elusive.

With the new Appodeal dashboard, that will be changed.

By taking the user acquisition and in-app purchase attribution data through our partnership with AppsFlyer and syncing them with Appodeal’s ad LTV data, Appodeal clients will be able to acquire users more likely to earn high ad revenue as well.

Taking a step further, Appodeal will also show the predicted ad LTV for your UA campaigns and compare it to the historical CPI of the campaigns. That way, you can either manually adjust your CPI budget or have Appodeal's UA optimizer do that for you automatically so your UA campaigns can always generate positive net ROAS.

As you may know, UA channels are getting more and more expensive through the years. We hope this new feature will help you be able to invest your UA budget in campaigns that are closely connected to your revenue goals.

We expect this feature to be live early in Q3 of this year.

Join our closed beta for the UA Optimizer feature by applying below.

Demand Control Center (DCC) enables our clients to have full control over their ad mediation stack. It lets them connect to each ad network under their own accounts and enable or disable and prioritize any ad network from the overall ad mediation stack down to the individual line items in the waterfall. This is a great tool for publishers to establish their own relationships with ad networks so they can facilitate on their own some kind of direct network deals.

In 2019, we made DCC, which was previously only available to premium Appodeal users, available to all Appodeal users. While this change had already happened, we wanted to include this on this list as we want to encourage more of our users to start using this neat feature in 2020.

After all, a blackbox mediation is no longer the ideal way or only option available anymore in 2020. Having more transparency and control is key for sustainable monetization. And this DCC feature gives you much more granular control and transparency in how you can monetize using Appodeal as an open ad mediation platform.

When we launched Appodeal back in 2015, our integration process was arguably one of the simplest ones compared to what was available. Just one SDK integration was all that was needed to integrate with over 35 ad demand sources (now over 70) all at once. It generally took just about an hour.

Now that it is 2020, we are driven to once again remove any unnecessary friction for any app developers and studios to start monetizing with in-app advertising.

For one, linking an AdMob account with Appodeal will become optional. Secondly, we’ve been working on a new ad mediation wizard that is now a part of our standard SDK integration process that makes it even easier to integrate our SDK. It also lets you select and update whichever ad network you want to work with, without needing to update the core part, which lightens the SDK size.

If you’ve been holding off on integrating your other apps with Appodeal or have been considering using Appodeal, you can stay tuned for our updated simplified integration process, which should be live early Q2 of this year.

Or you can always integrate now with the support of our team available to assist you.

Last but definitely not least is a very exciting new initiative of ours. It’s a sort of accelerator for startups (like Y Combinator) but for promising apps or mobile games.

One of the most common struggles we see indie app developers and smaller studios encounter when they launch a new app is a lack of traction. The obstacles are just too difficult to overcome if you are not a part of a bigger publishing company with teams dedicated to monetization and UA and the funding to launch effective UA campaigns. In this reality, these app creators often have no choice but to sign away the rights to their app or game to a publishing company to market.

We think there is a better way than this.

That is why we are launching an accelerator program for promising apps. More details to come later this month but to give you an idea, here is what the program entails:

Once this engine is working smoothly, our team will continue to help scale your app while your team can simply focus on what they do best – creating awesome apps!

The best part is that this program does not require any payment or you giving up a percentage of your app’s rights or revenue share. This is not a publishing opportunity. You get to keep your app as your own. We simply provide our expertise and our technologies.

Think of it as a self-publishing platform.

Having said that, this program will be limited to how many apps we can accept each quarter. So we expect the competition to be accepted into the program to be quite fierce when it is officially launched later in March.

If you would like to be among the first to be considered, please apply early here.

So there you go! These are some of our major plans in 2020 to make Appodeal the best monetization platform for indie app developers and studios.

Our team is pumped and ready to go and we can’t wait to help turn your apps into top earning hits. 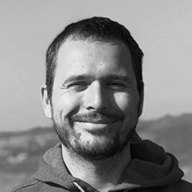 By going through Appodeal’s Accelerator Program and using its growth platform, Word Pizza, a popular mobile game, was able to scale its monthly profits -- by 6 times!

How a Top Ad Executive Manages the Mayhem of Adtech

The ad-scape is changing rapidly and spending in the US is expected to reach $20 billion.

Check out our exciting 2020 product roadmap to become the best monetization platform for indie app developers and studios.